Most often is God (the godhead and the divinity) understood to be a person of a transcendental nature, also called the Lord. Since several Lordships stressed the importance of not being God themselves but just the prophet, son or teacher of God, the term impersonally refers to a mystical omnipresent allknowing and worshipable Supreme Being or Supersoul. Scientifically the term seems to refer to the power (soul) of (omnipresent, allknowing and respectable) conditioning of cyclic time in relation to the ether, determining the 'Force', the material structure and consciousness of any living being. It is clear that God can be anything or anyone while the reverse is not true being just an element and not the category. Thus God is a person, while at the same time the person is not God (also see the opulences or wealth of God). 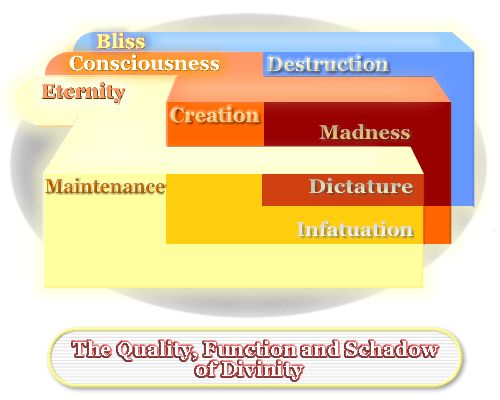