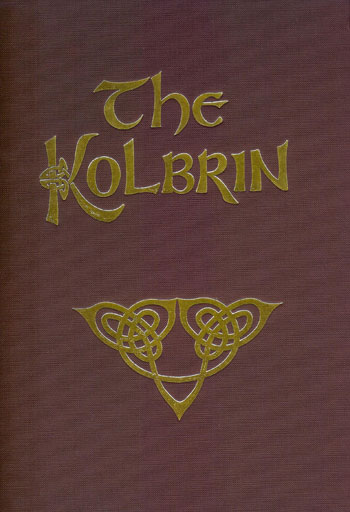 The Kolbrin Bible is presented as a collection of ancient biblical documents. It consists of two parts, covered in eleven books. The first six books are called the "Egyptian texts" or The Kolbrin and are reportedly written by Egyptian academics following the Hebrew Exodus. The last five books are called the "Celtic texts" of The Gospel of the Kailedy which are said to be taken down by Celtic priests after the crucifixion of Jesus. The book is also called the Bronze Book of Britain.

The claim goes that it was opposed by Edward the First (Longshanks) in 1184 AD, but this seems to be an anachronism because Edward I lived later (1239-1307). The story further says it was presumed to be destroyed in the burning of Glastonbury Abbey in England at the time. Edward wanted to destroy the Kolbrin believing it to be an heretical work, a rival of the Holy Bible and a potential threat to his rightful claim as the King of England. It was considered heretical because it contains alternate historical accounts of the Exodus. The once considered heretical work was (partly) preserved though and transcribed on bronze tablets by the religious druids of the time, a reference and practice considered unlikely and uncommon for that period. Ever since the book has been cherished by secretive groups. 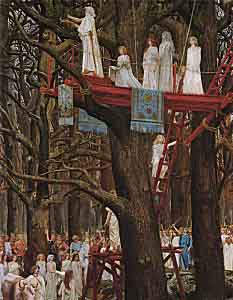 Anachronisms and other difficulties

The fire at Glastonbury Abbey did occur in 1184 (1) However, the rest of "history" attributed to the Kolbrin is riddled with historical improbabilities and anachronisms:

Until 1995, the Kolbrin was in the care of The Hope Trust, a group of which little is known. There are now two published versions known: one of Yow World Books in America and a version of the Culdean Trust home in New Zealand. The suggestion is that there are presumably also isolated copies in Lebanon, England and the Vatican.

Claiming to be an ancient document with the status of modern pseudepigrapha like the Dead Sea Scrolls and the Nag Hammadi, the book is part of different modern day cults and internet sites concerned with global catastrophy, end time scenarios, intelligent design, planet X, Nibiru and other occult interests. The book, also because of its modern orthography, is next to the suspicion of being a modern druid forgery by Iolo Morganwg suspected to be an elaborate illuminati hoax in support of the claims made by these websites.